Ah, springtime! What a joy to behold after the dreary post-Christmas months.  As our gardens, parks and open spaces fill with the colours of the season we welcome the return of spring favourites to our shops.

In the UK 90% of the flowers sold through florists, garden centres and supermarkets are imported with most from Holland and others further afield from places such as central and south America.

At Moutan we take advantage of the availability and range that these imports offer and work closely with our suppliers to ensure that we buy only from growers who uphold eco and ethical standards and support their work force and those of the local community. However, over the past few years we have also increased our support for British flower growers. 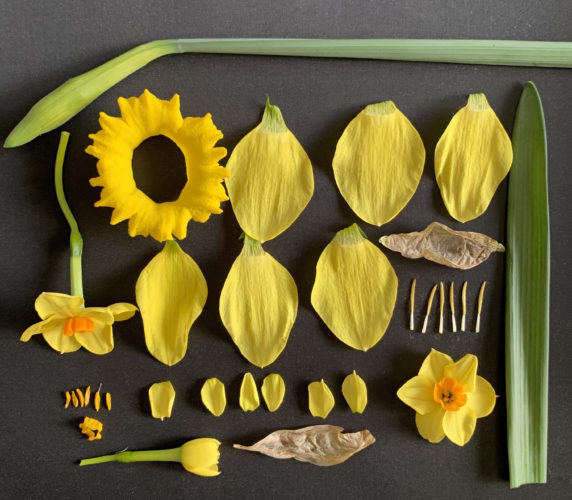 Study of a daffodil

Since the start of the 2000’s demand for British grown flowers has been increasing after a turbulent time in the 80’s and 90’s and with campaigns such as British Flower Week and the Flowers From The Farm cooperatives there is strength behind the industry.

Flowers by Clowance, a Flowers From The Farm member, is situated in the heart of the horticulture region of Cornwall and is the passion of owner James Cock. 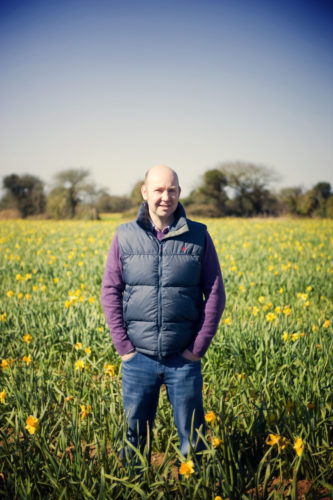 James is a 3rd generation Cornish Flower grower and, having studied Commercial Horticulture at Pershore College Worcestershire, worked for the family commercial flower nursery until he started Flowers by Clowance in 2017 when his parents retired.

James has developed his flower business on a commercial scale and ships 3-days a week via next day delivery 52 weeks of the year. And we look forward to our carefully packaged fresh cut stems every week with great anticipation!

So why, when we have year-round choice from imports, buy British flowers?  Quite simply we want seasonal fragrant flowers which support local growers that balance and fit perfectly with our other flowers and foliage coming from further afield.  It’s a great combination which affords us the luxury of the best of both worlds. 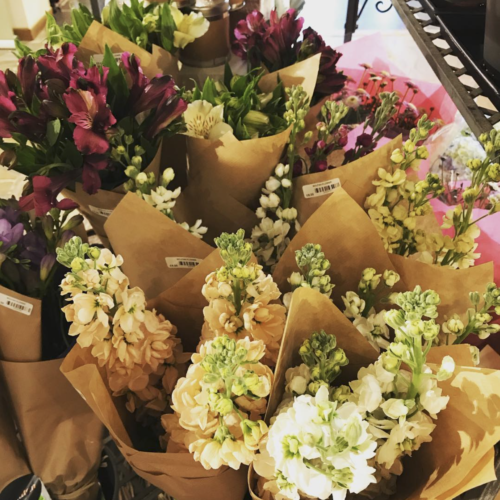 James supplies us with the most beautiful flowers with excellent vase life and fragrance. Presently, we have narcissi such as the wonderfully fragrant ‘Royal Connection’, ‘Scilly Valentine’ and ‘Golden Duckett’ and we look forward to restocking alstromeria, sweet Williams, dianthus and the most heavenly scented stocks in the up and coming months. 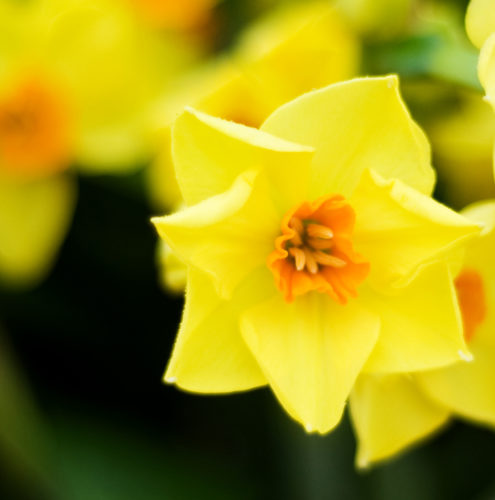 Narcissi from Flowers by Clowance

British cut flowers are available in store and via our concession stand at Newlyns Farm Shop. We also use as many British grown flowers as possible in our seasonal hand-tied bouquets available on-line and to order from our Hartley Wintney and Odiham stores.

We use cookies to ensure that we give you the best experience on our website. If you continue to use this site we will assume that you are happy with it.OkRead more